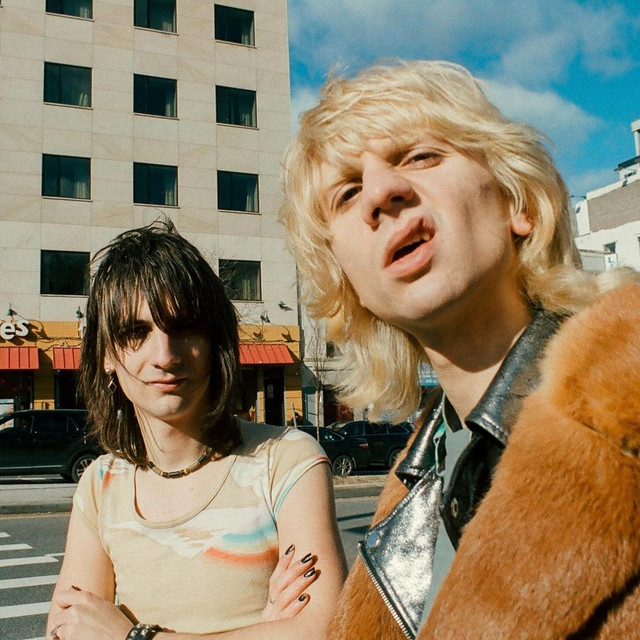 Sons of power pop songwriter/multi-instrumentalist Ronnie D'Addario, the Lemon Twigs were formed by brothers Brian and Michael D'Addario. Channeling some of the '70s singer/songwriter energy of their father's era with a healthy love of musical theater and an over-the-top performance display, the brothers began writing songs at young ages and delivered their 2016 debut album, Do Hollywood, on 4AD at the tail end of their teenage years. Success came quickly for the band, with critical acclaim and a string of TV appearances as well as extensive touring. They went from the conceptual eccentricity of their 2018 sophomore album, Go to School, to a more varied but no less bombastic set of songs on their 2020 album Songs for the General Public. Long Island brothers Brian and Michael D'Addario started the Lemon Twigs while they were still in their teens, each playing multiple instruments, counting guitar, keyboards, drums, horns, and strings among their proficiencies. The boys were raised in a musical home, sons of working musician parents. Along with an interest in theater, early musical influences like Harry Nilsson, Todd Rundgren, Wings, the Zombies, and other '60s and '70s Baroque pop figures played heavily into the band's sound at a formative time. In 2015, their earliest output arrived in the form of the cassette-only album What We Know. Significant buzz had formed around the group even then, and they signed to indie superpower 4AD, releasing their "These Words" b/w "As Long as We're Together" single in 2016 and selling the 7" mostly while on a tour supporting Carseat Headrest. Their debut album, Do Hollywood, arrived later in the year, produced by Foxygen's Jonathan Rado. The Lemon Twigs embarked on a tour in support of the album with a live version of the band that included Danny Ayala on keyboards and Megan Zeankowski on bass. They returned in September 2017 with Brothers of Destruction, a home-recorded EP written largely during the sessions for Do Hollywood featuring a handful of live staples from their touring set. In the summer of the next year, sophomore album Go to School arrived, a massive production conceptualized as a musical about a chimpanzee raised by human parents. The ambitious Broadway-inspired record included guest appearances by both of the D'Addario brothers' parents as well as power pop legends Todd Rundgren and Jody Stephens. In 2020, the band issued their third full-length effort, Songs for the General Public. ~ Neil Z. Yeung & Fred Thomas, Rovi