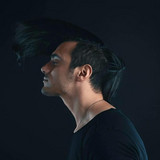 In an age where very few artists break the mold and truly shine through as unique and innovative, Dutch/Turkish star Ummet Ozcan is one of the exceptions to the rule.

A success story that’s about to enter new grounds. Growing up in the known epicentre of dance music, The Netherlands, it isn’t difficult for Ozcan (1982) to plug into dance music at a young age. Since achieving his first major success in 2011 with ‘Reboot’, a firm #1 on Beatport, the veteran DJ’s major hits have been sampled in his peers’ radio podcasts and played at festival mainstages all over the world. In 2012 his genre-defying #1 smash hit ‘The Box’ is one of the most played records at EDC Las Vegas, while a year later his W&amp;amp;amp;W collab ‘The Code’ is one of the most popular tracks at Ultra Music Festival 2013, followed by #1 Beatport hit ‘Revolution’ and the remix of Fatboy Slim’s ‘Eat Sleep Rave Repeat’ together with Dimitri Vegas and Like Mike. In 2014 and 2015 Ozcan sees another amount of his tracks reach the highest chart positions. ‘Raise Your Hands’, ‘Smash’ and ‘Superwave’ all become instantaneous hits, racking up millions of YT views and making it to #1. Also more recent titles like the massive tune ‘The Hum’ (with former Dj Mag #1 duo Dimitri Vegas &amp;amp;amp; Like Mike) ‘Lose Control’ and ‘Stars’ and his 2016 collab with Tiësto called ‘What you’re waiting for’ are sure shots. 2017 brings a number of great releases and a highly rewarded remix of Axwell