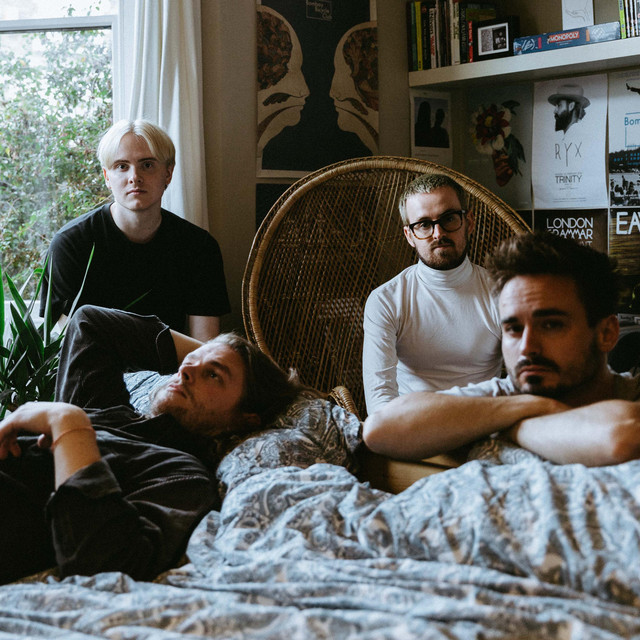 Make Friends began their journey together 6 years ago, bringing together a group of friends who shared an interest in modern indie-pop music. Inspired by the indie-dance punk of 'Antidotes'-Era Foals and the melodic alt-pop of Bombay Bicycle Club, the band fused these influences on debut EP 'Hi'. The EP produced firm fan favourite single ‘Ellie’, which gained support from BBC Radio 6 & Radio X and earned them the chance to perform a BBC Introducing live session at the prestigious Maida Vale Studios at the end of 2019. Buoyed by their session, Make Friends began writing their next set of releases spawning the tracks 'When Nothing's Said' and Amazing Radio favourite 'Knowing Makes It Worse'. The implementation of national lockdown saw the band hit their hottest creative streak to date, emerging with the refined groove of single 'Hesitate' and big riffing new release 'Kung Fu'. In addition to their recorded tracks, Make Friends have put together a formidable live show, which they have taken to the best independent venues across the country and seen them support up-and-comers Cassia and SHEAFS, introducing them to a wider audience. Early 2020 saw the band embark on a tour across the country, climaxing in a hometown show at Bristol's Rough Trade venue to a sell out crowd. Though the rest of 2020 saw live plans put on hold, the band will return to the stage with a new show in 2021, starting with a show supporting King No-One at Bristol's, Thekla.