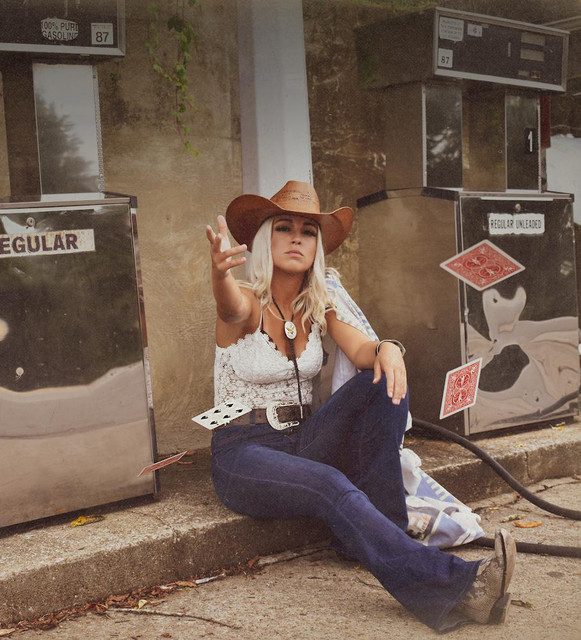 Royale Lynn is the definition of "Cowgirl Country"... Her western take on music gives her a unique sound in today's country music industry! All four of her singles have charted in the top 100 on the country iTunes charts as a completely independent artist. She writes about what she knows and doesn't let anything slow her down! Lynn spends her time writing for not only herself but for other artist’s in Nashville too. She's a force to be reckoned with!   Lynn's inspirations stem from artist's such as Cody Johnson , Miranda Lambert and Kacey Musgraves to bring a very modern twist on old cowboy style songs!   Royale Lynn tours all over America and even into Canada, in which she is from! She grew up on a horse ranch in southern Ontario, where she learned to play her guitar and who she was an artist. At age 15, Lynn got the role of the Canadian "Hannah Montana" and toured across Canada doing shows and giving her a taste of what it was like to be a touring band. Now residing in Nashville, TN.. she gets the chance to play shows all over including Texas- one of her favourite places on earth!   Pre save coming soon for her new single "Rocket Man! New Music dropping February 19th, 2021!