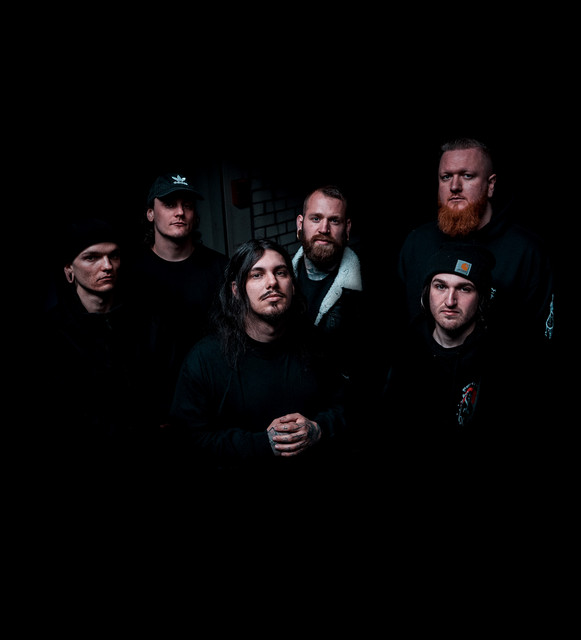 DISTANT is a 6-piece crushing downtempo deathcore band from Rotterdam, The Netherlands and Bratislava, Slovakia.

As the land of Tyrannotophia shatters, the only true king - Tyrannt awakens in his monolithic form, drawing oblivion upon us. “Aeons of Oblivion” concludes the saga and takes the listeners down the road of Tyrannt’s cruel story in full. The full-length album transcribes the dreadul, omnious and heavy feelings of the story, bound into a sensational atmosphere. In addition, the music is accompanied by the release of the story-telling novel: “The Rise of Tyrannotophia” - written by the band’s Alan Grnja and Elmer Maurits. It describes the lore and world behind of both full-lenght albums the band released. We are extremely excited to finally share the full picture we have envisioned and crafted for the last couple of years and we hope you will enjoy and fully emerge yourself in the world we built.   Started in 2014, this dedicated band is conquering grounds within the Deathcore/Metal scene with the release of their first two EP’s “Slither” and “Tsukuyomi”. Since joining Unique Leader Records, with the release of their debut full-length “Tyrannotophia” (June 2019), they have been bringing the brutal tunes ever since with a great success,