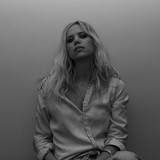 "Propelled by glitchy hooks and the soaring splendour of Lial’s rich vocals, a sweeping, shimmering emotion resonates throughout, creating a majestic slice of brooding alt-pop.” - Get in Her Ears “London based electronic-pop artist Lial is giving the modern music scene a dose of the dark side, and creating something beautiful.”– Guestlist Network “Stylish stuff, sonically and visually” – Indie London "Lial's song could best be described as dark pop; her breathy vocals stand out as a real draw of her music" - Euphoria magazine Lial is a London-based artist creating hypnotic dark electronic pop. Her vocals stand out above the minimal electronic soundscapes and her music has references of Lana del Rey, Lapsley and Sia.