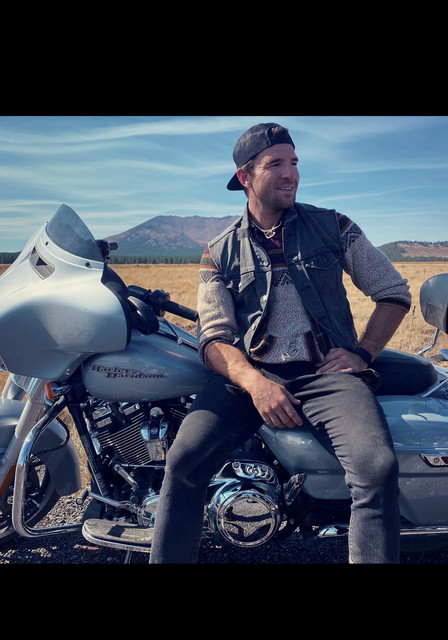 Sammy Listoe grew up in Great Falls, Montana. He spent most of his childhood racing motocross and performing in school plays. Although his passion for music started later on, it has always been in his bloodline. His mother is the youngest of nine children, all of whom share a love for music. From Nashville recording artists to successful touring musicians and cover band rockstars, Sammy has been incredibly fortunate to have grown up in the midst of talented and hard working family members.   At 21, Sammy moved to Los Angeles in pursuit of an acting career. In between auditions, he found himself writing music and playing the guitar more frequently. He performed several shows throughout 2014 and found music to be a true calling.   Since 2015, Sammy Listoe has played four national tours with stops in the cities of Los Angeles, New York City, Nashville and everywhere in between. Globally he has performed in South America and his World Tour in 2018 spanned across six countries in Europe and the U.K. His first music release came in 2015 with an acoustic EP titled “LIVE”. In 2017, he released his debut album “Beyond Nowhere”. In 2019, Sammy released “Live At Molly Malone’s” which includes live performances of songs from “Beyond Nowhere” with a bonus track, “Take You Home.”   Sammy currently works as a firefighter in Southern California and has musical plans to release several singles in 2020, starting with "Crazy" on February 21st, 2020.