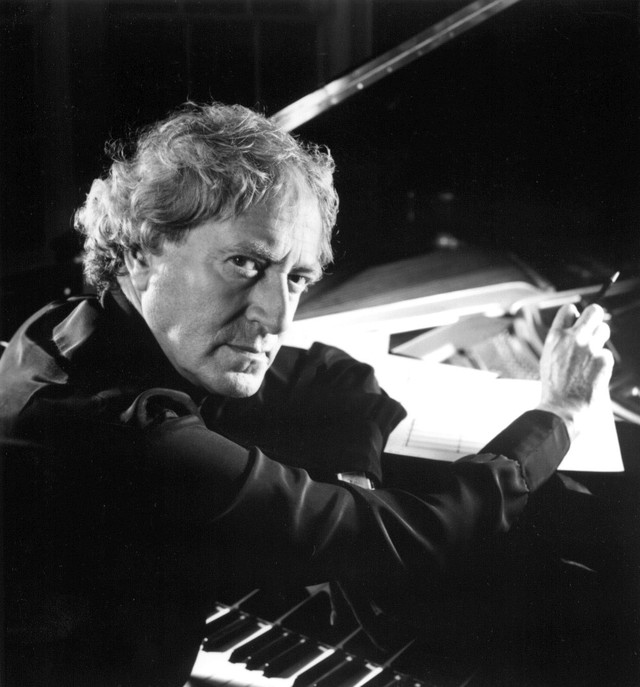 Jonathan Barry Prendergast -- aka John Barry -- was one of the world's best-known and most popular film score composers. Aside from those who were also well-known classical composers, he was probably the most notable of all British film composers. His career was "inherited" from both his mother and father. His mother was a pianist with classical training who saw to it that he got a musical education, playing trumpet and piano. His father owned a movie theater. John's exposure to films increased when he left school at 15 to work full-time as a projectionist in his father's cinema. By then he was already on the way to deciding definitely to pursue a career in film music. He joined a local band as trumpet player and was a bandsman during his military service from 1952 to 1955. Meanwhile, he studied with the organist of York Minster (the historic church of York) and by correspondence with American composer/arranger William Russo and with Joseph Schillinger, the theorist/teacher who had also taught George Gershwin compositional technique and form (after Gershwin had already become a famous composer). At this time Barry began arranging for band. In 1957, he founded John Barry and the Seven, a pop/rock band (later the John Barry Seven), which remained in existence through 1966. One of his most prominent early jobs was as arranger and musical director for the popular British singer Adam Faith. Barry appeared on radio and television, worked as an A&R man for record companies, and in 1959 scored his first film, the rock musical Beat Girl, starring Adam Faith. In 1962, he was asked to orchestrate and arrange a non-symphonic, "hip" score by composer and bandleader Monty Norman, engaged to compose the soundtrack for Dr. No, the first James Bond film. It was this project that led to Barry's fame, but not without controversy. The single distinctive cue in the soundtrack is the famous "James Bond Theme." It is rumored that the producers were dissatisfied with Norman's Bond theme and approached Barry directly to "fix" it. Whether Barry composed a theme anew or worked up Norman's theme is the crux of the issue. But contractually Norman is credited with its authorship and has successfully maintained legal actions in court to defend that credit. Barry proponents, however, respond that it is telling that for 11 several subsequent Bond films (including all the classic Sean Connery movies) the producers hired Barry to do the scoring and never Norman. It has also been reported that Barry succeeded in reclaiming authorship of the theme. The Bond films made Barry famous, and established a personal non-symphonic sound, often orchestrated by Barry himself, that is among the most distinctive personal sounds in film music. Traits of it include a remarkably well-timed ability to "freeze" the harmonies quietly to build suspense, often while melody instruments continue to move slowly. He is notable for his use of the trumpet, the guitar, and the flute in a low register. But he went on to score dozens of movies, and none of his five Academy Awards were for Bond thrillers. They are for the scores of Born Free (1966), The Lion in Winter (1968), Out of Africa (1985), and Dances with Wolves (1990) and for Best Song for "Born Free." (He said he wrote the song with the private idea of composing a satire on a Disney animal movie.) In 1992 Barry was nominated for his sixth Oscar for his music for Chaplin. He also wrote successful West End musicals, most notably Billy starring Michael Crawford (1974). Barry moved to California in 1975 and New York in 1980. In 1999, Barry released an album of his classical instrumental-style compositions, The Beyondness of Things. In 2001 he composed the score for Enigma, in addition to recording a new album of non-soundtrack material, Eternal Echoes. Among Barry's last work was a co-composing credit (with lyricist Don Black) for the song "Our Time Is Now," sung by Shirley Bassey on her 2009 comeback album, The Performance. John Barry died of a heart attack in Glen Cove, NY on January 30, 2011, and although his work in the 21st century had been comparatively sporadic, his wide-ranging career, both critically acclaimed and popular, secured his position as one of the most respected musical figures of the latter half of the 20th century.