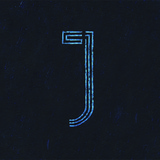 As we say in Portugal, Slow J is a “mistura”.   J (for João) was born from a portuguese mother and an angolan father in Setúbal, a fishermen town close to Lisbon. During his childhood and teenage years he constantly moved from place to place in and outside of Portugal, connecting with all types of cultures while searching for his own identity.   Music was always an intimate partner. After discovering his love for guitar and fruity loops he flew to London where he obsessively produced while studying sound engineering before he returned to Portugal determined to get in the studio, wherever it would be.   Between professional studios, guesthouses and the bedroom of his parents' house he produced, wrote and performed his two first works - The Free Food Tape [2015] and The Art of Slowing Down [2017] - which he then edited and distributed independently.   In 2018 he co-funded with longtime friends a production company and label (Sente Isto) and rose as the executive producer for Deepak Looper by Papillon [2018] which, all together, put Slow J in the forefront of a new generation of portuguese artists who are breaking the old conceptions of portuguese music and cultural identity.