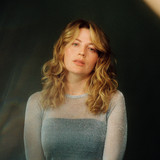 Berlin-based independent artist Ay Wing brings a combination of energetic, beat-driven music with introspective and reflective lyrics that speak on the human emotional journey. The Swiss native's femininity shines through strongly in a powerful, punchy manner. Ay Wing wants her audience to dance and her listeners entranced. Big on psychedelic, synths, bouncy guitar riffs and dirty beats, hers is accessible electronica of the classic kind, with savvy three-minute bangers enhanced by her strict attention to the most exact musical detail. Many of Ay Wing’s songs showcase a dreamy, nostalgic vibe with RnB sensibilities that will take any listener on a journey. Her popular single Orange Dreamer, which featured US Hip-hop artist Chuuwee and German producer Shukodrew in a lot of attention in the blogosphere which led to the song being featured on several Spotify playlists such as Mellow BarsFresh Findsand the official Adidas playlist adidas | Music for Creating Influenced by the likes of Tame ImpalaMGMTRosie Loweand SZA Ay Wing's music has evolved throughout the years and brings listeners a combined experience of musicality that extends to all the layers of human experience.