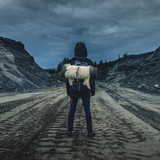 norwegian melodic death metal, from the metal capital of norway; Trondheim. Started in the freezing winter of 2013 the band set out to make hard hitting and melodic music. They released two EPs before they finally recorded their debut album. The mix of the old sound they love and the punch of modern metal made this a melodic metal record that got great reviews and feedback in the metal press. For 2019 the band released their sophomore album 'The Last Day On Earth'