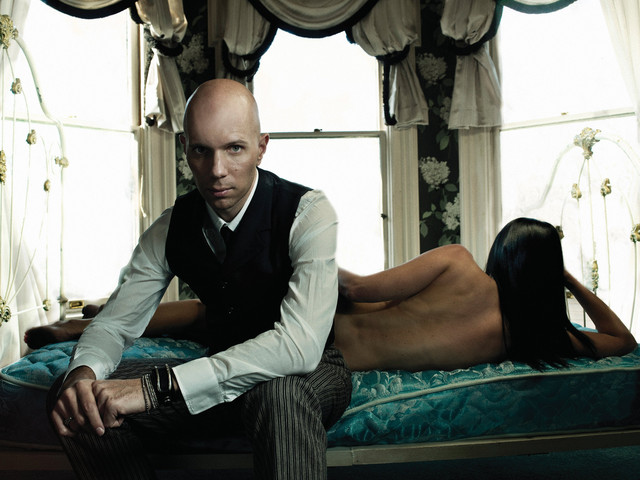 A one-man band of sorts, Ashes Divide was the next step in the career of former lighting technician and guitar roadie Billy Howerdel. Howerdel, who was raised in New Jersey, first got his start in the music and touring world by working in lighting before moving into the role of guitar tech for Fishbone. While touring with Fishbone and Tool in France, Howerdel struck up a friendship with Tool vocalist Maynard Keenan, which in turn led to the formation of popular mood-metal act A Perfect Circle. With A Perfect Circle in a holding pattern, Howerdel decided to explore musical ideas on his own, and with a star-studded collaborative behind him (including Alan Moulder, Danny Lohner, Josh Freese, Devo Keenan, Johnette Napolitano, Matt Skiba, and Paz Lenchantin), Ashes Divide released its first album -- Keep Telling Myself It's Alright in 2008. ~ Chris True, Rovi