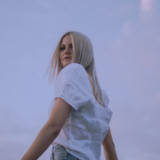 Shelby Elle is a Nashville-based indie-pop artist who made her mark through her debut single releases "HVN" and "Coming Alive." Elle has a nostalgic sound of early releases of Ellie Goulding, a considerable influence for the artist. Shelby Elle spent her formative creative years in Sydney, Australia studying music and songwriting. After completing her studies, she moved back to Los Angeles, CA, to begin developing as an artist. There she collaborated on a three-song EP project with fellow electronic artist 'Vesper.' The tracks include "What do you say," "Stay," and "Too Long." Elle is currently working towards her debut EP, slated to release in early 2022.