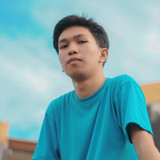 Velocity Nine (John Paul Patigas) is an independent record producer from the Philippines. Delving into a variety of genres, he focuses mainly on alternative and indie pop oriented tracks, featuring a wide collaboration from artists all over the world. Over time, he's established himself as one of the more interesting up and coming producers, with many of his tracks appearing on various official Spotify playlists since he started his career. With no sign of slowing down, Velocity Nine continues to bring new creative music to listeners everywhere.