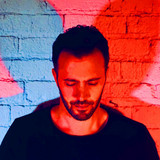 Having amassed well over 60 million streams online, singer, songwriter and platinum producer Jared Lee is poised to add significantly to those figures this year. Recently Jared has been writing and producing for globally renowned artists such as Jason Derulo, Jordin Sparks, TIËSTO, New Kids On The Block, New Hope Club and has been enlisted by some of the world’s top DJ’s including Markus Schulz, Fedde Le Grand, Laidback Luke, Disco Fries, Jenaux and CLMD to write or feature as a lead vocalist on original music. With his signature soulful vocals and unmistakable falsetto, Jared has also quickly landed a bevy of song placements across the Television landscape including NBC, ABC, SHOWTIME, CBS , ESPN, NETFLIX and MTV Jared’s 2018 original single, “Professional Lovers,” was featured on billboard.com and includes a set of remixes from MOKITA, an After Hours version and an intimate, acoustic piano version from Jared. His most recent collaborations include, “Those Were The Days” with Midnight Kids on RCA records and "Ain't Deep Enough" with Autograf on Armada Music and Jared was enlisted to write, produce and perform the theme song "Don't Wish Your Life Away" for the new Blumhouse/SONY film “Fantasy Island” released Feb 14, 2020