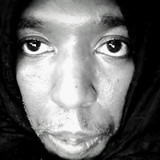 KADRAE has returned with new song entitled “SUPERSTAR” ft. Derrick FaReal & LRJ. After the mostly positive response he received from his previous single “DIGITAL MAN” ft LRJ, KADRAE spent the following years not only performing with his band THE SOUTHERN NSS, he also went into the studio and recorded more material for inclusion on a future album. “SUPERSTAR” emerged from some of the sessions. This time, he chose to enlist the help of co-writer/co-producer Nahuma Holiday (aka Nahuma Beatz) to help in writing and producing the song. The song also include background vocals not only provided by KADRAE himself, but, also Aryol Prater and Michele Thibeaux as well. “SUPERSTAR” fuses the musical elements of Hip-Hop, R&B, Trap, and Pop into one musical landscape fronted by a cautionary tale of using facades of happiness and joy to hide the pain of not being true to oneself.