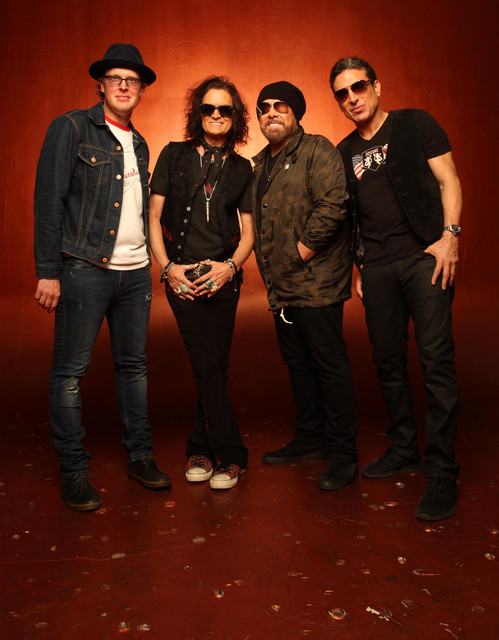 A band featuring four veteran heavy hitters of British and American hard rock, Black Country Communion are rooted in an alliance between bassist/vocalist Glenn Hughes (Deep Purple) and blues-rock guitarist Joe Bonamassa. At the suggestion of engineer and producer Kevin Shirley, journeyman drummer Jason Bonham and keyboardist Derek Sherinian (Dream Theater) were invited to join, and both obliged. The quartet recorded its first album, Black Country Communion, during early 2010 and had it issued that September on J&R Adventures. Upon release, it charted in the U.K. Top 20 and the U.S. Top 60. The band quickly got to work on writing material for a second album and plotted a 2011 tour. The resulting 2, which reunited the group with producer Shirley, arrived that June. In February 2012, the band released its first concert album, followed later that year with its third studio effort, Afterglow. After the album's release, Bonamassa announced that he had parted ways with the band, a decision that ultimately resulted in the rest of the members calling it quits. Subsequently, Bonham and Hughes formed California Breed. In 2017, Black Country Communion reunited for their fourth studio album, BCCIV. Recorded at The Cave Studios in Malibu with Kevin Shirley, the album featured the single "Collide." ~ Andy Kellman