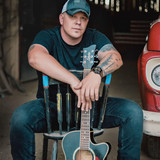 Tim Thurman is an Independent American Country Recording Artist and Songwriter in Nashville, Tennessee. He grew up in Northern California and served in the US Army. Tim move to Nashville in 2016 and has opened for touring acts, has traveled and played venues across the West Coast and Midwest, as well as Nashville Festivals, the famous Bluebird Café, Broadway, and local singer-songwriter venues in Nashville, Tn. Tim released his Self-Titled EP in October 2018, "My Hometown" in November following the Camp Fire in California, and his single “Keep’r” in June 2019 and is currently releasing his newest single, “What I’m Made Of” to be released October 23, 2020 www.TimThurmanMusic.com For Booking Please contact his team at TimThurmanMusic@gmail.com