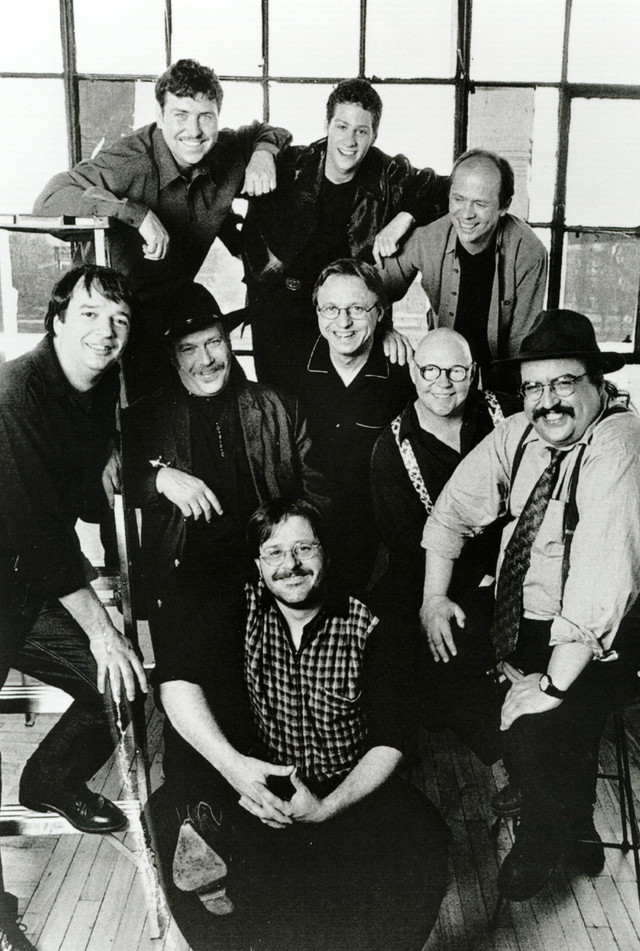 With their lively foot-tapping, propelling Celtic melodies, La Bottine Souriante craft some of the most exciting sounds of Quebec. Dirty Linen called them "the greatest band in the world," while the BBC presented them with an award as Best Live Folk Act of 2000. La Bottine Souriante's sound has been refined over the past quarter of a century. Formed as a traditional Quebecois folk quintet in 1976, they took a major step with the addition of a four-piece horn section in 1990. The gamble has paid off. Three of the band's ten albums, Je Voudrais Changer D'Chapeau, En Spectacle, and Fire In the Kitchen (as guests of the Chieftains in 1998) achieved gold status, with sales of more than 50,000 copies each. One of their albums, La Mistrine, reached the platinum level with sales of more than 100,000 copies. Je Voudrais Changer D'Chapeau received a Juno Award as Best Toots/Traditional Album. La Bottine Souriante received Felix Awards for their albums La Mistrine in 1994, En Spectacle in 1998, and Rock and Reel a year later. La Bottine Souriante launched their own company, Les Productions Mille-Pattes, in 1993. ~ Craig Harris, Rovi