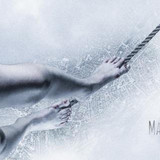 MERIDIAN who debuted in 2013 with the album, “Metallurgy”, and in 2016 released the follow-up “Breaking The Surface”, are now ready with a new four track EP titled “The Fate Of Atlantis”, released by Mighty Music. Last year the band spend some time writing new material for an unspecified future release. A bunch of new songs exists at various stages, but instead of finishing everything of for a full album, the band decided to head for Death Island Studios to try out the new working relationship with guitarist/producer Marco Angioni. Four songs were selected for this. Not necessarily the best four, but four very different ones, all showcasing the bands newfound ability to explore the outskirts of the “melodic metal” landscape that the band has always roamed.