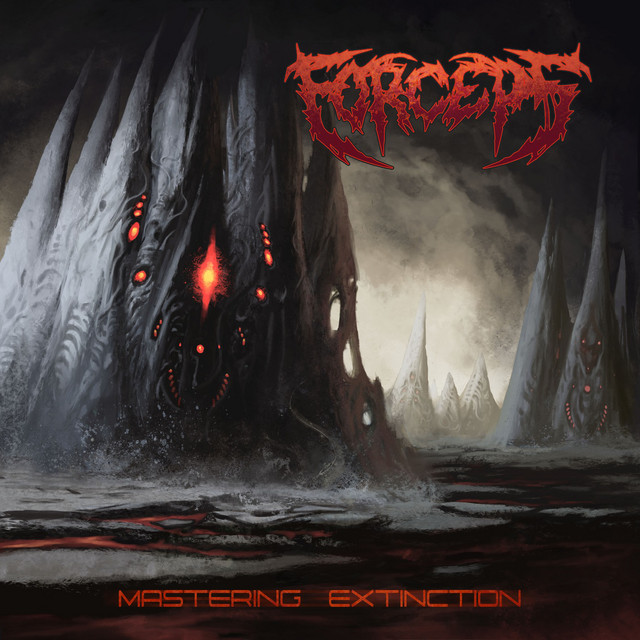 FORCEPS is a Death Metal band based in Rio de Janeiro, Brazil, born in 2006. Musically influenced by elements of various Death Metal sub-genres, they bring in their lyrics a catastrophic vision of the future in a world devastated by human action. A voracious critique of humanity's relationship with itself and the planet, exploring the horrendous methods and consequences of post-human efforts to prevent extinction. The first demo was released in 2007, then a three-track demo entitled "CORPOREALITY" in 2010, both had a good response from the public and in 2012 the band signed with north-american label Ossuary Industries and released the EP entitled "HUMANICIDE ", its reception showed that the band was definitely rooted in the Brazilian Death Metal scene. Despite times of inactivity due to various changes in the lineup, the band kept its presence in the minds of local and international fans and released its long-awaited debut full-length album “MASTERING EXTINCTION” signing with north-american label Sevared Records in 2017. The band returned in 2016 with a new lineup after completing the recordings and production of their first full-length album. Now with Bruno Tavares (guitar) and Thiago Barbosa (bass) joining forces with only original member Doug Murdoch (vocals) and long-lasting member Emmanuel Ivan (drums). In October 2017 the band made their first international tour in the United States, across 25 cities, in support of their debut release Mastering Extinction.