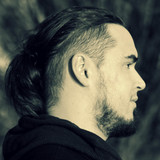 Tophoo is a progressive and psychedelic Trance Project formed by german artist and producer Nils Elsäßer based near Hamburg. Nils was born in 1993 and always interested in music and playing instruments and his first musical influences came from metal and punkrock bands. He made first contact with electronic music when he was introduced to the sounds of Vitalic and Moderat. With the age of 15 he bought his first synthesizer and tried to recreate these types of sound on his own. A strong passion for Psytrance developed when he was invited to his first Goa Party in Stuttgart and after moving to Hamburg he completely got infected with the Psy virus. The decision to produce psytrance on his own was quite easy, as he played around with music software and synthesizers for quite a while. His producitions are mainly vary between 138 and 142 bpm and the style changes between complex melodies, rhytmic elements and psychedelic soundscapes all glued together by driving basslines.