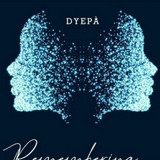 Dyepà, whose real name is Diego Parodi, began working as a musician in Naples, Italy, where he actually resides at present. In 1997 he became part of the italian band "Vox Populi", whose founders are Gino Magurno and Renato Salvetti, with 3 active albums out, " Siamo in tanti sulla stessa barca" (we're many on the same boat), "Esasperanza" and "Bandarotta fraudolenta" (Fraudulent bandrupt) published by CNI/BMG records in '97, '98 and 2000. Diego Parodi's role in the band was that of percussionist and dubmaster, performing at hundreds of concerts throughout Italy, Spain and Portugal. In the wake of this, partecipated to many national tv broadcasts and at the traditional italian labour day major concert held in Rome every May 1 st and his case he played in 1997 with the main stage at one of Rome's main squares Piazza S. Giovanni and broadcasted by Rai 1 on Eurovision. Diego Parodi