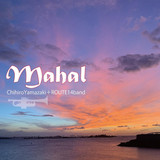 Chihiro Yamazaki (tp) started a band with Satoshi Yamashita (dr), Koji Yamamoto (Ba), Hana Takami (Key) in summer 2010. Their unique sound witch is called "Singing Instruments" based on Instrumental Pop came from many different back grounds such as jazz, fusion, classical and rock. They performed around Los Angeles only after half year from their establishment and sold all the tickets. Their first DVD release party at Shibuya JZbrat on February 2012 was successful, and they won the first prize at Sapporo Park Jazz Competition out of more than 250 groups in July. They released their first album "Yozorano Trumpet" featuring Raffaele Celeste 'Nini' Rosso song "Il silenzio" on November 2012. And new member Miz -Guitar player- joined the band in the beginning of 2013 so that they can spread their musical idea. They performed at SXSW 2013 as well as touring 8 cities over the States such as Chicago, Columbus, New York, Toronto CA, Las Vegas, Los Angeles and San Francisco. During the tour, they have got a lot of interviews by the press who were impressed by their powerful performance and also they quickly sold more than 4000 CDs.