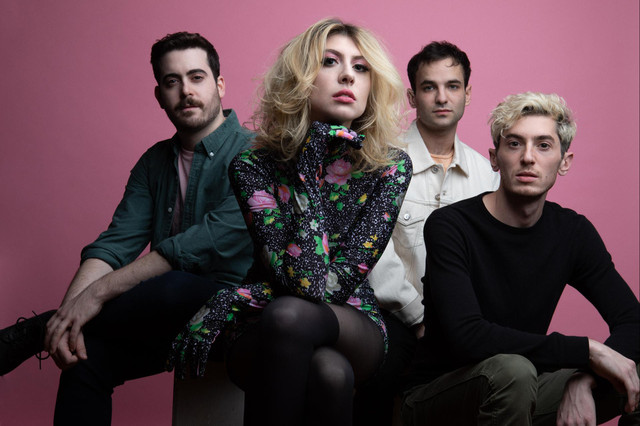 Led by the distinctively perky voice of singer and guitarist Eva Hendricks, indie rock outfit Charly Bliss are indebted to the catchy alt-rock of '90s bands like Weezer and, more on point, Veruca Salt. After struggling early on to find the right balance of their grungy rock and tendency toward bright pop hooks, they decided the two could coexist and emerged with their full-length debut, Guppy, in 2017. They shifted the balance toward pop on 2019's Young Enough. Eva Hendricks and guitarist Spencer Fox met as high school students in Westport, Connecticut. They began their musical partnership by playing covers together, soon enlisting Eva's brother Sam Hendricks to play drums and Dan Shure (whom they knew from youth musical theater and arts camp, respectively) to play bass. After getting to the point where they were performing around the New York area while Eva was enrolled at NYU, Charly Bliss self-released their first EP, A Lot to Say, in 2013. Soft Serve followed in 2014, this time on Father/Daughter Records. Remaining based in New York City and earning a reputation as a live act, Charly Bliss were soon opening shows for none other than Veruca Salt as well as Sleater-Kinney, Tokyo Police Club, and Glass Animals, among others. After some false starts in the recording studio, the band put the finishing touches on their first album, Guppy, which arrived on Barsuk Records in April 2017. They supported the album on tours with groups including Death Cab for Cutie and Wolf Parade. With production by Joe Chiccarelli (Spoon, Morrissey, Flogging Molly), the more pop-leaning Young Enough followed on Barsuk in mid-2019. Before the end of the year, Charly Bliss issued the companion EP Supermoon, which consisted of songs from the Young Enough recording sessions that didn't make it onto the album. ~ Marcy Donelson, Rovi