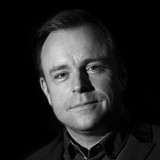 Born in Co Kilkenny, Ireland, Darren is a versatile and talented performer and songwriter. He had several top 20 hits in Ireland from his album ‘Suddenly’, a mix of his own original songs and covers. He’s supported many artists such as Boyzone, The Backstreet Boys, and Belinda Carlisle, on major tours. He performed on Broadway and US tours as lead vocalist in Riverdance and lead vocalist and Pianoman in Movin’ Out. He’s performed at the White House twice, solo for President Bush in 2004 and again with the High Kings at the invitation of President Obama in 2012. In 2003, Darren released his album Live & Learn, nominated for a New Music Weekly award. His third album of original songs ‘Roadworks’ was released in 2006, written and recorded on the road. This included Through Hell and High Water, dedicated to the victims of Hurricane Katrina, the fastest US download song of the year. In 2007, Darren returned to Ireland to join a new Irish ballad group, The High Kings. Their first album hit number 2 on Billboard also going double platinum in Ireland. They continue to sell out tours in Ireland, UK, mainland Europe, and the US, and were invited to the Pentagon to perform for Chief of Staff, General Martin Dempsey. They celebrated 10 years together with the release of their album ‘Decade’ in 2017. Touring keeps Darren busy but he’s still actively song writing, collaborating with a number of songwriters. He’s also turned his hand to presenting on TV and radio.