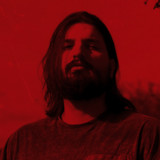 Mattia Cupelli is an Italian composer/producer based in Rome, Italy. He merges Neo-Classical/Soundtrack/Ambient sounds with modern Minimal Electronic music. Early works are mainly based on Soundtrack, Orchestral Music, and Modern Piano music, which makes himself known through his YouTube channel, which counts over 35 million plays and 100K subscribers. His last works are highly influenced by artists like Nils Frahm, Nicolas Jaar and DAVID AUGUST making coexist acoustic and electronic instruments that set the basis for his sound. ​His LP "UNDERNEATH" presents a new ambient/neo-classical sound infused with modern electronic sound. In 2019 releases "EP I" with some old pieces recomposed, followed by "EP II" in 2020, featured new obscure and dark tracks influenced by electronic contemporary music, and a third EP coming in late 2020. Also, is in the production of a project named "REWORK" that features some reimagined old tracks under a new unique style (Rework I). In 2021 will be released a new album with a revolutionary sound for Mattia's music.