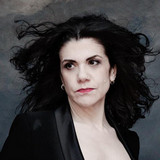 Susan Tahmoosh began playing the piano at the age of 6. She studied classical music and competed in the National Piano Playing Auditions for 12 years, earning a diploma from the American College of Musicians. Although she had an appreciation for the rigid demands of studying classical music at the time, she began learning songs by ear and joined her first rock band at the age of 13. Susan has performed and recorded with numerous cover and original bands in and around the New York City area, at venues such as CBGB’s, CAMI Hall, and David Geffen Hall (formerly Avery Fisher Hall), Lincoln Center. Her complex range of influences and eclectic style have made her a sought-after keyboardist, performing with artists such as Phoebe Snow, Sinoa Loren (formerly of Seduction), Kate Schellenbach (formerly of Luscious Jackson), LP,