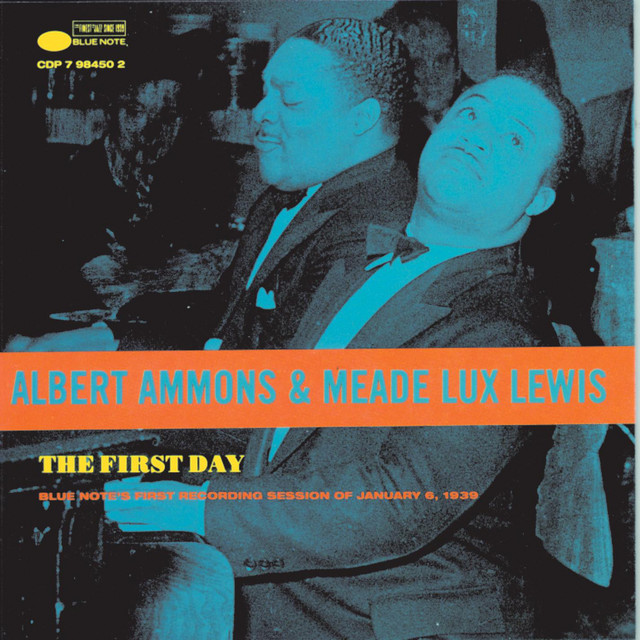 One of the three great boogie-woogie pianists (along with Albert Ammons and Pete Johnson) whose appearance at John Hammond's 1938 Spirituals to Swing concert helped start the boogie-woogie craze, Meade "Lux" Lewis was a powerful if somewhat limited player. He played regularly in Chicago in the late '20s and his one solo record of the time, "Honky Tonk Train Blues" (1927), was considered a classic. However, other than a few sides backing little-known blues singers, Lewis gained little extra work and slipped into obscurity. John Hammond heard Lewis' record in 1935 and, after a search, found Lewis washing cars for a living in Chicago. Soon, Lewis was back on records and after the 1938, concert he was able to work steadily, sometimes in duets or trios with Ammons and Johnson. He became the first jazz pianist to double on celeste (starting in 1936) and was featured on that instrument on a Blue Note quartet date with Edmond Hall and Charlie Christian; he also played harpsichord on a few records in 1941. After the boogie-woogie craze ended, Lewis continued working in Chicago and California, recording as late as 1962, although by then he was pretty much forgotten. Lewis led sessions through the years that have come out on MCA, Victor, Blue Note, Solo Art, Euphonic, Stinson, Atlantic, Storyville, Verve, Tops, ABC-Paramount, Riverside, and Philips. ~ Scott Yanow, Rovi