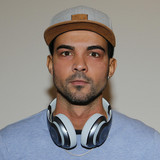 DJ, Music Producer and Remixer. Matteo was born in Rome on December, 1987. He loved dance music from an early age listening Gigi D'Agostino, Molella, Prezioso, DJ Ross, Gabry Ponte and many other DJ’s.   He started producing dance music a few years ago. During 2018 he published first single called Winter. During 2019 he published his first album called Walking, with 15 tracks. The most played track is Serendipity - Love Mix, followed by Sunset. During 2021 he published his second album called Running, with 16 tracks. The most played track is Running, but also the Intro Corri, tu with a spoken poem. He publish uninterruptedly many albums, EP’s and remixes. You can find his news on his social networks.  Find out more at www.matteomanna.com