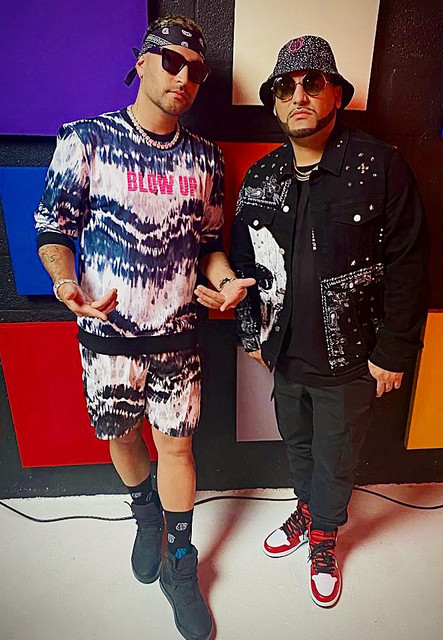 The history of this decade’s music has the full impact of Play-N-Skillz, two brothers from Texas who have revolutionized what everyone sings, dances and listens to from their consoles as DJs or as producers, as well as with their incredible compositions and collaborations with great artists such as Lil Wayne, 50 Cent, Snoop Dogg, David Guetta, Pitbull, Daddy Yankee & Nicky Jam to name a few. They've produced Lil Wayne’s historic “The Carter III,” which sold a million copies in the first week, as well as containing a hit called “Got Money.” "Thanks to that album," recalls Play, "we got two GRAMMY nominations and won the Best Rap Album." Their success unleashed a true fever among the great stars of hip-hop; everyone wanted to record with Play-N-Skillz: Snoop Dogg, 50 Cent, Pitbull, Akon & more.

After becoming a true hit factory in both anglo and Latin markets, they have been recently recording true anthems of popular culture such as "Cuidado" feat. Yandel and Messiah, “Azukita”, with Steve Aoki, Elvis Crespo and Daddy Yankee, with whom they also recorded “Con Calma”, a song that became number one in 33 countries, unleashed the famous “Con Calma Challenge”, and seized the first place on the Hot Latin Billboard List for 15 weeks, in addition to having produced “Llegaste tú” by CNCO feat. Prince Royce. There is no stopping Play N Skillz in 2020 with multiple high profile collaborations they continue to be one of the industry's most innovative producers.