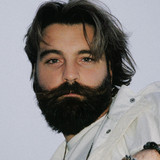 It’s been 7 years since The Stockholm Syndrome (feat. Frøder) went 6 times platinum in Norway and made CLMD a name to really look out for. From the powerful collaboration with Astrid S on the single Dust to touring with Swedish House Mafia-legend Steve Angello on his ‘SIZE Matters’ tour. Add in his original productions, reworks and remixes for artists such as Bruno Mars, Estelle, Tove Lo and Nervo, CLMD never stops evolving. Over the last two years we’ve truly witnessed what CLMD is capable off. The tracks are bigger and the numbers are more impressive than ever before. Trouble, released in autumn 2018, has had more than 15 million streams on Spotify alone, peaked at #4 on national radio and has set dance floors alight across the country. This year’s hit DANCE has accumulated more than 60 million streams and climbed the streaming charts all across the Nordic countries. In a business were the ‘up and comers’ are praised and compete amongst each other to be the ‘next big thing’, CLMD is living proof that nothing beats dedication and hard work, and that even 10 years after your debut you can still be relevant every single Friday and Saturday, year after year. With a driving 4/4 kick, catchy synth melodies and bittersweet vocals, the new, yet to be released track ‘Be Happy’ is an anthem for conflicted emotions. The track centres around finding happiness in troubled times and celebrates the hard choices we make to insure our long term well-being.