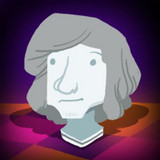 Film, television, and video game music composer Daniel Pemberton got his start in avant-garde and ambient electronic music, influenced as a teenager by statuesque electronic artists such as Jean Michel Jarre, Tomita, and Vangelis. Pemberton began collecting keyboard gear at an early age and wrote a tips column for a video game magazine to earn enough money for increasingly high-end equipment. He also began recording his own compositions, and passed a tape on to Mixmaster Morris at one of his gigs. When word (as well as additional tapes) continued to spread, Pemberton recorded his debut album, Bedroom, which gained release in late 1994 for Pete Namlook's highly collectible Fax Records. The Mixmaster Morris connection also led to work for Coldcut's Ninja Tune label, including a DJ Vadim remix released on the latter's U.S.S.R. Reconstruction LP. Soon after the release of Bedroom, Pemberton moved into composing for television with his first soundtrack, written for a Channel 4 documentary, but his career scoring for television, film, and video games truly took off after the turn of the millennium. Pemberton's British TV credits include such programs as Peep Show, Dirk Gently, My Mad Fat Diary, Hell's Kitchen, and Great British Menu, and in 2009 he won an Ivor Novello Award for Best Television Soundtrack for Desperate Romantics. In the video game arena, Pemberton has received two BAFTA nominations for Best Original Soundtrack, in 2006 for The Movies (Microsoft Windows; Mac OS X), and in 2008 for LittleBigPlanet (PlayStation 3). He has also scored feature films including Self Made, Enemies of the People, and Ghost Recon (all 2010); The Awakening (2011); Blood (2012); and In Fear, Cuban Fury, and The Counselor (all 2013), the latter a Brad Pitt vehicle directed by Ridley Scott, with a screenplay by Cormac McCarthy. He won a "Discovery of the Year" World Soundtrack Award for Cuban Fury in 2014, and in 2015 contributed high-profile work in Guy Ritchie's The Man from U.N.C.L.E. and the Danny Boyle-Aaron Sorkin collaboration Steve Jobs. Pemberton and Ritchie collaborated again in 2017 on the epic fantasy King Arthur: Legend of the Sword. In 2018, Pemberton scored the taut spy thriller Mark Felt: The Man Who Brought Down the White House. ~ John Bush, Rovi