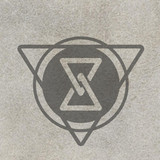 Listening to Timesphere is like meeting an old friend. The band has roots back to the 1990’s, when today’s last remaining founding member Philip Marienfeld took his first steps into the professional recording business. With “Tranquility to Tempest” album, which was made completely on DIY-basis, he produced Timesphere’s debut album. Due to the reactions on this, it seemed to be only the beginning. But things were changing: some of the members quit, others were concentrating on different aspects of their lives. But there was still a tiny flame, which allowed Timesphere to survive as a song-writing project. Over the years, new members came in, friendships were made; skills in composing, arranging, producing and playing music were improved and developed. At the end of this process, there are five mature and grown up artists, who found their place in the music business.