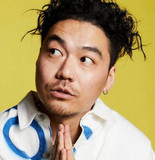 Also known as Jonathan Park, DFD, or just plain Dumb, rapper Dumbfoundead delivers his comedic rhymes in an effortless style, a combination that served him well while on the MC battle circuit. Born in Argentina but raised in the Koreatown neighborhood of Los Angeles, Dumbfoundead first made his name by battling MCs on the Grind Time Now battle circuit, going up against rappers like Tantrum and Pumpkinhead and suffering only one loss to rapper the Saurus. He made his official debut on album in 2011 when he released DFD on his own Dumbfoundead label. In 2012 he joined Breezy Love Joy on a tour of America and released his sophomore album, Take the Stares. ~ David Jeffries, Rovi