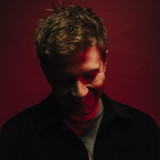 O'Flynn is a producer and DJ who has been hailed by Boiler Room as “one of dance music’s most prosperous newcomers” and championed by The Guardian as “dance floor dynamite". After debuting in 2015, O'Flynn's rich productions quickly picked up support from established veterans such as Ben UFO and Giles Peterson. Releases on seminal dance label Ninja Tune and his own imprint Hundred Flowers followed, alongside plays on Four Tet’s Boiler Room, James Blake’s BBC Radio 1 Residency and an inclusion in Bonobo’s mix for London nightclub Fabric’s esteemed compilation series. 2019 saw the release of O'Flynn's debut album ‘Aletheia’. The album is a celebration of O'Flynn’s dextrous production skills, firmly establishing his reputation within the dance music underground whilst crossing over to garner mainstream critical acclaim and a legion of new fans from the wider electronic music community and beyond.