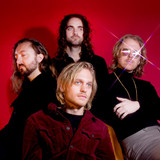 The last time The Royal Concept released new music was in 2015 and the subsequent three years were filled with emotions, inspiration and challenges before they decided on their next step – the new single, “Need To Know”, taken from their upcoming album, is the first taste of their new musical direction! “We wrote ”Need To Know” directly after coming home from a car trip along the coast between San Fransisco and Los Angeles. The music and the ambience is very much, “Californa sunshine” with glittering guitars and three voices,” explains the band. What we hear on the new single is The Royal Concept live, straight off without any effects. The band describes the track as a hybrid between the Swedish melancholy and the Californian sun.