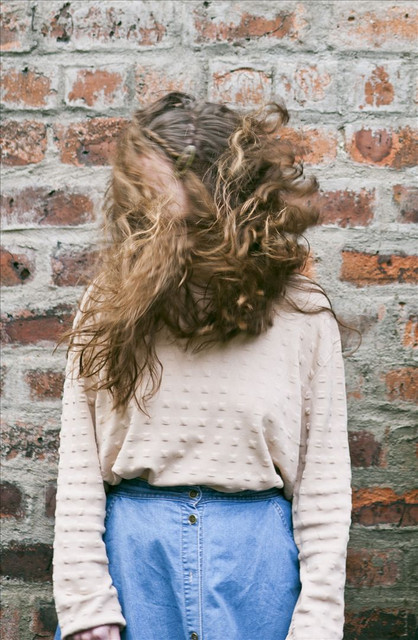 Scottish singer/songwriter Kathryn Joseph released her debut album at the age of 40, and it was awarded the 2015 Scottish Album of the Year prize while drawing comparisons to artists like PJ Harvey and Joanna Newsom. Some 17 years after she was first offered a record deal, Joseph finally capitalized on the raw, barebones nature of her compositions with Bones You Have Thrown Me, And Blood I Have Spilled for a record of minimal instrumentation but maximum impact, which quickly established her reputation as a singer and songwriter. She was born Kathryn Sawers in Inverness, Scotland, and began playing piano at the age of 11, but hated it. A few years later she started to play again and began writing, which sparked a long road to a full-time career in music. When she was 23, a friend of Joseph's wrote to a number of record labels championing her music, and eventually Sanctuary offered her a deal, which she turned down feeling too young and ill-equipped to manage the situation. In the intervening years she waitressed and played gigs locally in Aberdeen but made no real push for a career in the industry. It was a tragic event that eventually sparked her music career. Joseph became pregnant with a baby son, but he was born premature and died within a week of birth. She cited the event as giving her the impetus to begin making music in earnest, and following her son's death, she took his name as her own surname becoming Kathryn Joseph. She later fell pregnant again and had a healthy baby girl, Eve, and she also met Marcus and Claire Mackay, who ran the independent label Hits the Fan. Marcus became her producer and they soon completed what would become her debut album, which featured some songs that were written ten years previously. The album won the 2015 SAY award, beating established acts like Belle and Sebastian, Young Fathers, and Paolo Nutini, making her debut album (at the age of 40) a breakthrough of repute. 2017 proved a busy year for Joseph as she branched out into a couple of different side projects. She teamed up with Marcus Mackay and the Twilight Sad's James Graham for Out Lines, and the trio's debut album Conflats was released in October 2017. That same year Joseph made her first foray into theater, co-writing the music for the stage version of Emma Donahue's book Room with Cora Bisset. In 2018, she returned to solo music making with the release of her sophomore record When I Wake the Want Is, which featured some light electronics in contrast to her debut's largely acoustic instrumentation. ~ Bekki Bemrose, Rovi