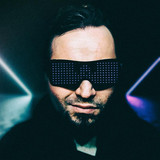 The Fury Weekend project was created when Belarus-based Ars Nikonov chose to combine his love of classic rock, electronic music, and ‘80s culture into a forward thinking music venture. The result is a dystopian synthwave sound that blends bright synth melodies and gritty guitar work into a singular music vision of the future. The uniqueness of Fury Weekend should come as no surprise given the artist’s background, which involves ambitious projects ranging from industrial to post-rock. Diversant: 13, Cold in May, Martian Love, Seanine, and Tribal A.D. are some of the many names that fill Ars’ creative resume, and each of those has given the creator the experience and tools needed to make an impact with his retrofuturistic synthwave project. In late 2018, Fury Weekend signed a multi-album deal with FiXT Neon, re-releasing his first three EPs and full-length album while preparing for a second full-length, Escape From Neon City (Deluxe Edition). 2019 marked a breakout year for Fury Weekend as new singles like "Thousand Lights" featuring Megan McDuffee and the Scandroid collaboration on "Euphoria" were immediate hits, propelling Fury Weekend to over 150,000 monthly listeners on Spotify. Escape from Neon City marks the latest milestone in Fury Weekend's rapidly ascending career. In 2020, Fury Weekend continued releasing regular singles building to over 200,000 monthly Spotify listeners and released his full-length album, Signals in early 2021.