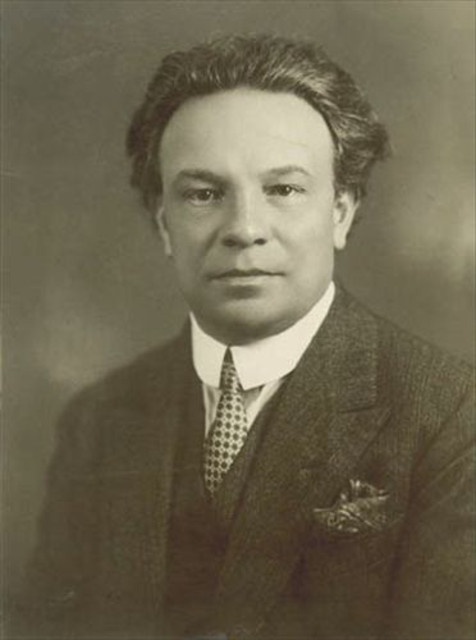 Mostly known for his richly descriptive symphonic poems Fontane di Roma (The Fountains of Rome) and Pini di Roma (The Pines of Rome), Respighi was a versatile composer who translated into music powerful visual experiences and feelings of deep attachment to cherished places. Respighi's symphonic works are praised primarily for their exquisite orchestration, but these compositions also possess a charm which transcends the merely picturesque. This charm is particularly evident in works inspired by Medieval and Renaissance music, such as Ancient Airs and Dances for orchestra. Born in 1879, Respighi studied from 1891 to 1900 at the Liceo Musicale in Bologna. In 1900 and 1902, he traveled to Russia, where he played the viola in the Imperial Orchestra in St. Petersburg. During his two extended visits to Russia, Respighi studied with Rimsky-Korsakov, absorbing the Russian master's ideas regarding orchestral color. In 1903, Respighi turned to a career of a concert violinist; he also played chamber music, joining Bologna's Mugellini Quartet as a violist. During the early 1900s, Respighi started writing music, but his compositions (chamber and orchestral works) attracted little attention. In 1908-1909, he was in Berlin, where he immersed himself in German musical culture. In 1913, Respighi settled in Rome, accepting a composition professorship at the Liceo (subsequently Conservatorio) di Santa Cecilia. Enchanted by Rome, Respighi found inspiration in the city's unique atmosphere and consequently formulated an original, personal musical language, exemplified by Fontane di Roma (Fountains of Rome), written in 1914-1916. Respighi's next project was a children's opera, La bella dormente nel bosco (Sleeping Beauty), finished in 1921, and regarded as his best stage work. After the Fontane di Roma, Respighi sought inspiration in early music, introducing Renaissance and Medieval themes into his compositions. In 1917, he composed the first set of his Antiche arie e danze per liuto (&Ancient Airs and Dances for Lute), for piano duet and strings. The second and third sets, for strings, were composed in 1923 and 1931, respectively. Sometimes regarded as adaptations, these compositions nevertheless exude a unique freshness and sincerity. Works composed in the 1920s reflected both Respighi's fascination with early music and his desire to translate visual sensations into music. Thus, the Concerto gregoriano for violin and orchestra, composed in 1921, and Quartetto dorico, written in 1924, evoke the spirit of ancient music, while The Pines of Rome describes the splendor of the Roman landscape. In 1924, Respighi was named director of the Conservatorio di Santa Cecilia, resigning, however, two years later, so he would have more time to compose. Nevertheless, this period included two American tours, in 1925-1926 and 1932, as a conductor and pianist. He also accompanied singers, including his wife, Elsa Olivieri-Sangiacomo, who was also a composer. Works composed during this period include Vetrate di chiesa (Church Windows), for orchestra, written in 1925, and the Trittico botticelliano (Three Botticelli Pictures), composed in 1927 -- a work inspired by three paintings by the great Renaissance artist Sandro Botticelli. Composed in 1928-1930, Respighi's Lauda per la Nativita del Signore, for two pianos, wind ensembles, vocal soloists, and chorus, develops Renaissance motifs to create a charming, serene celebration of the spirit of Christmas. Elected to the Royal Academy of Italy in 1932, Respighi died in 1936.