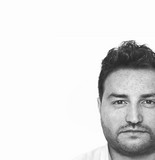 Pianist and composer Marco Volino was born in Salerno, March 2, 1985. Volino has studied composition at the “Education Music Academy” directed by pianist and composer Roberto Cacciapaglia. Its genre is minimal / contemporary. He has held many concerts in prestigious locations in Italy including the Amalfitan Coast (Sa). In 2014 he signed his first contract with the "TopRecords" record label in Milan. In 2015 he opens the concert of the well-known italian songwriter Giovanni Caccamo. He has collaborated with various filmmaker for short films and commercial spots with many awards. He is currently working on his next release album in 2018. Stay tuned!