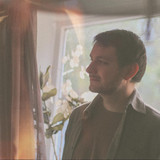 Germany based dream-pop artist Adrian Prath combines hazy synths and electronic pads with melodious lead guitar owing as much to 90s shoegaze bands as it does modern bedroom production. Adrian’s music is evocative and personal, and his experiences travelling and with other acts are drawn together in a soundtrack for an underground world set apart from the power of major labels. Seeking the beauty of imperfection, Adrian moves away from commercially produced songs to making the most of his compact bedroom set up as a creative tool. With his gentle and dreamy sound, he aims for an atmosphere of nostalgia, and his soft touch on the guitar evokes the anticipation and subtle emotion of a DIY, underground tour. In many ways, Adrian does the opposite, producing in such a way to create imperfections which make his work more human. Adrian’s indie work has been developing for over a year and a half now, and he has already released two EPs, Lake Ontario, and Bedroom. Inspired by acts like Mac Demarco, Men I Trust, and Fazerdaze, Adrian has been playing since he was a child, and this shows in his belief that his music ‘should sound like a memory you never really had’- with his sound being intrinsically intertwined with a fondness for his past experiences as an artist. With jangly guitars and modern vocal effects, Adrian’s songs are both vintage and timeless, and like their hazy sound, often blur the line between the two.