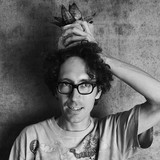 Turbotito, aka Filip Nikolic, is a Los Angeles-based DJ/producer and multi instrumentalist. Raised in Denmark and Serbia, he's known for his role in Ima Robot, Poolside and Djosos Krost, as well as his work collaborating with and producing artists such as Goodie Mob, GZA of Wu-Tang Clan, MNKYBSNSS, Pabllo Vittar, Azelia Banks, Bonde Do Role, Baby Alpaca and many more. Turbotito's debut solo album takes modern electronic/dance and fuses it with an organic touch – converging today's digital world with our analog past. It's due out in 2021.