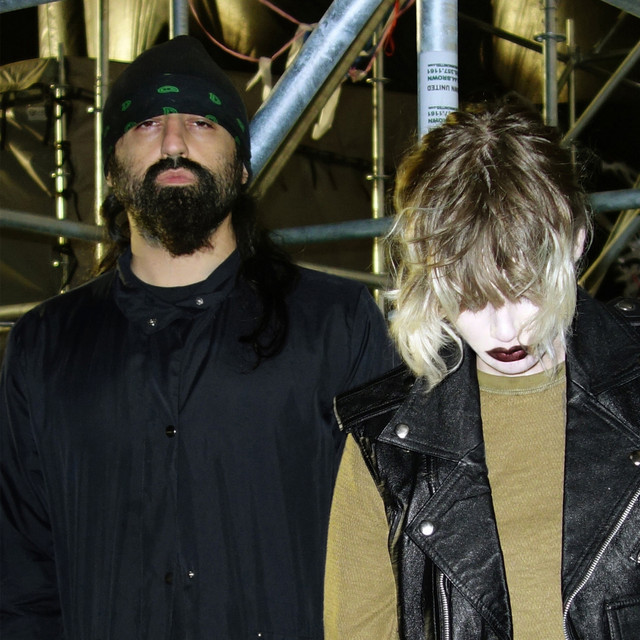 Fusing lo-res electronic noise and pop hooks so effortlessly that it can seem accidental, Crystal Castles began as producer/multi-instrumentalist Ethan Kath's solo project in late 2003. Kath got the moniker from the name of She-Ra's dwelling in the He-Man and Masters of the Universe cartoon series; it's also the name of a 1983 Atari video game, which is oddly appropriate, considering that one component of the band's distinctive sound comes from a keyboard modified with an Atari 5200 sound chip. When Kath collaborated with singer Alice Glass on some songs in spring 2005, Crystal Castles' lineup was complete. One of the songs the pair recorded, "Alice Practice," was something of an accident: it was intended to be a demo of Glass testing out a microphone, but its presence on MySpace piqued record labels' interest. "Alice Practice" was released as a limited-edition 7" in summer 2006 on Merok Records, also home to Klaxons; its 500-copy run sold out in three days. Kath and Glass worked on their own songs and also honed their remixing skills, tweaking songs for Klaxons as well as GoodBooks, Uffie, Health, and Bloc Party. Tours with the Presets and Metric in 2007 set the stage for the release of Crystal Castles' self-titled debut album, which Last Gang released early in 2008. The duo returned in 2010 with another self-titled album; when it leaked onto the Internet in late April of that year, the band released it digitally soon after, with a physical release following that May. For 2012's more streamlined III, the duo decamped to Warsaw, where they recorded direct to tape, eschewing any computer-assisted recording. Glass left the project in October 2014 to pursue a solo career; in April 2015, Kath resurfaced with a new Crystal Castles track, "Frail," which featured new vocalist Edith Frances. Another new song, "Deicide," surfaced that July, a few months before the new lineup's live debut at the Soundswild Festival in Johannesburg, South Africa that November. The duo debuted more new material in early 2016, and Crystal Castles' fourth album Amnesty appeared that August. ~ Heather Phares, Rovi