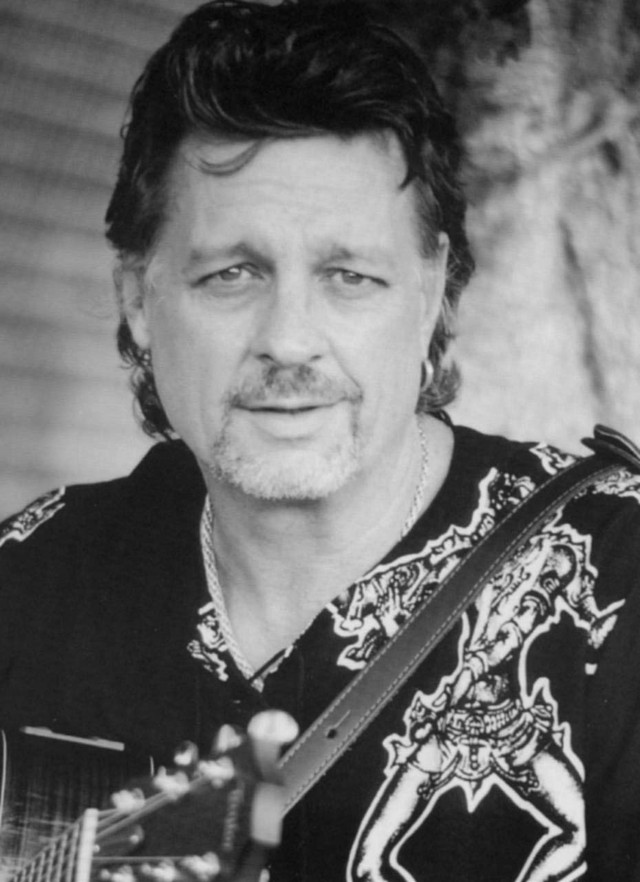 Indiana-born singer/songwriter Dirk Hamilton possesses a distinctive, raspy tenor, along with a rock & roll passion, stinging wit, and keen eye for the peculiarities of life. After leaving Indiana and relocating to L.A., he gained the notice of Steely Dan producer Gary Katz, who helped him get a deal with ABC Records. The subsequent album, the acoustic-based You Can Sing on the Left or Bark on the Right, produced by Katz, was released in 1976. The record, which quickly distinguished itself artistically, if not commercially, from the ‘70s singer/songwriter pack, was honest and insightful, yet with a quirkiness all it's own. With his next couple of releases, Alias I (1977) and Meet Me at the Crux (1978), Hamilton's songs drifted even further to the left of center, which helped garner positive press but did little for his commercial appeal. If lyrically Hamilton was hard to pigeonhole, musically he probably had more in common with an artist like Van Morrison than most ‘70s singer/songwriters. And though his earliest work lacked Morrison's musical direction and gift for hooks, he gained focus with Meet Me at the Crux, which is considered by many to be a minor classic. After five years of critical praise failed to translate into sales, Hamilton became disillusioned and left the music business following 1979's Thug of Love, eventually becoming a counselor in California for emotionally disturbed adolescents. A few years later, after playing for fun in a local cover band in Stockton, CA, he was inspired to start writing again and released two self-produced cassettes (Rough Takes (Rough Times) [1986] and Big at the Blackwater [1989]). He entered back into the music world full-time with three records between 1990 and 1994 for the Italian-based Appaloosa Records (Too Tired to Sleep [1990], Go Down Swingin' [1991], and Yep! [1993]), and Sufferupachuckle, a 1996 release for Core Records, all of which showed his singular talent still intact. Shortly after the release of Sufferupachuckle, Core declared bankruptcy, leaving Hamilton without a U.S. label. An unofficial live recording, The Road, the Light, the Night . . . (1998) and Orphans (2000), a collection of demos from the ‘80s, were issued in the interim. His first record of new material in five years, SEXspringEVERYTHING followed in January of 2001. ~ Brett Hartenbach, Rovi