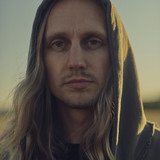 Jarle Skavhellen is a timeless voice, a songwriting talent that feels steeped in the traditional, while yearning for something new, something modern. The Norwegian acoustic guitarist is a true artisan, a songwriter who wants to create something unique, something intense and incisive, a form of connection that uncovers emotional truths.   Jarle got his start in his hometown of Bergen, Norway. Following a string of singles, success on the Spotify Global Viral Chart, and the Pilots EP, he engaged fans worldwide with his 2018 full-length debut, The Ghost In Your Smile. By 2019, the title track, “Coming Home,” and “Pilots” collective surpassed 9 million Spotify streams. Not to mention, it received acclaim from Clash Music, The 405, Thank Folk For That, Indie Obsessive, and more. In addition to headlining shows across Europe, he toured alongside Villagers and Ciaran Lavery, to name a few.   In the fall of 2019 Jarle returned with “Home By 5” before sharing “Crash and Burn” and “Lion”. An avowed fan of Gregory Alan Isakov’s Evening Machines, Jarle sought out producer Tucker Martine [My Morning Jacket, The Decemberists, Neko Case, Sufjan Stevens, R.E.M.] for what would become his second album Beech Street, released to critcal acclaim in 2021. Martine obliged to take the reins behind the board, and Jarle recorded at the producer’s Portland, OR studio for two weeks. During the recording process he was able to further explore his longstanding influence of Folk and Americana.