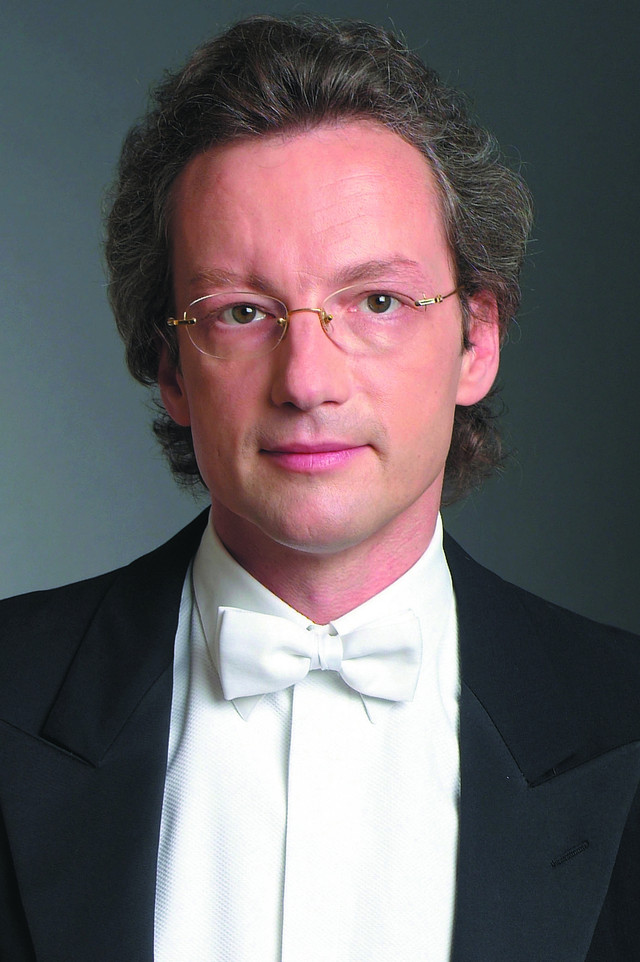 Franz Welser-Möst is one of those rare superstar musicians: he has been successful as a conductor from his mid-twenties, landing a major post at 29 (principal conductor of the London Philharmonic Orchestra); he has generated much controversy over personnel issues and other management matters, and has both enraged and assuaged critics; and he has reached the pinnacle of success in both the concert and operatic worlds, an achievement to rival that of any conductor of his generation. Franz Möst was born in Linz, Austria, on August 16, 1960. He was raised in the Austrian city of Wels and later took the double surname of Welser-Möst to honor his adopted hometown. He studied violin and piano, and later enrolled at the Linz Music School. Nerve damage to his left hand from an auto accident caused him to abandon playing either instrument and opt for conducting. He studied under Balduin Sulzer and had later studies from 1980-1984 at the Musikhochschule in Munich. Welser-Möst debuted at the 1985 Salzburg Festival and was appointed principal conductor of the Norrköping Symphony Orchestra in 1986. That was also the same year he debuted with the London Philharmonic Orchestra. Three years later, he began a stormy tenure with that ensemble, departing in 1996. Welser-Möst served as the music director of the Zurich Opera House from 1995-2000 and later general music director from 2005-2008. Since 2002, he has served as music director of the Cleveland Orchestra. He served as the music director of the Vienna State Opera from 2010-2014. While his repertory in both the concert and operatic spheres is broad, Welser-Möst has paid particular attention to the music of Mozart (operas, sacred music, and instrumental works) and Bruckner (symphonies and sacred works). That said, he has led performances of a varied range of compositions, from Handel, Haydn, Beethoven, and Schumann to Duparc, Lehár, Humperdinck, and Orff, and on to Stravinsky, Schreker, Kancheli, and John Williams. Welser-Möst has made numerous recordings for an array of labels that include Decca, Deutsche Grammophon, EMI, Arthaus Musik, EuroArts, Orfeo, and others. His recordings include the 2009 Arthaus Musik DVD of Bruckner's Seventh Symphony with the Cleveland Orchestra and, in 2020, A New Century, with the Cleveland Orchestra on the orchestra's own imprint.