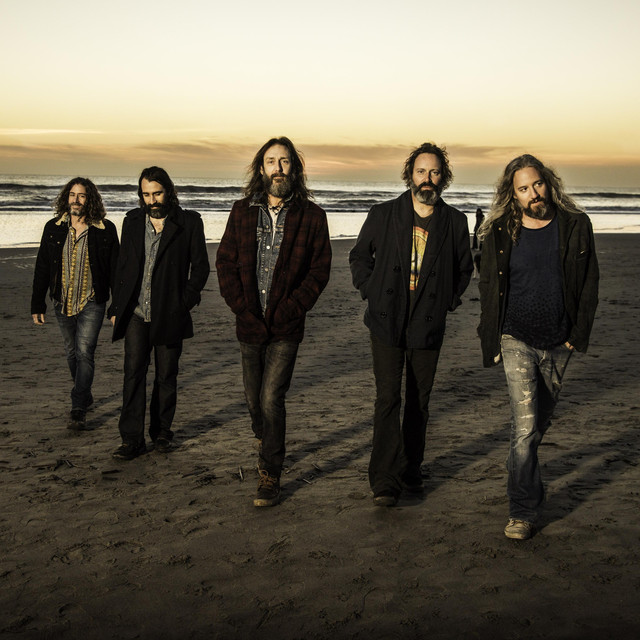 Founded in 2011 by Chris Robinson, the Black Crowes frontman, the Chris Robinson Brotherhood came together around guitarist Neal Casal, drummer George Sluppick, bassist Mark Dutton, and Black Crowes keyboard player Adam MacDougall. The group's studio debut, Big Moon Ritual, arrived in June the following year, with its sequel, The Magic Door, appearing just three months later. The single "Older Guys" was released at the end of 2012, followed by a live album entitled Betty's S.F. Blends, Vol. 1 a year later. In February of 2014, the CRB dropped the preview track "Shore Power" as a teaser for their next studio full-length, Phosphorescent Harvest, which was released in April. Two years later, the band returned with the studio effort Anyway You Love, We Know How You Feel, which was followed quickly by If You Lived Here, You Would Be Home by Now, an EP recorded at the same sessions. The CRB released a third volume of Betty's Blends -- their umbrella term for live albums -- in 2017, this time capturing shows from 2015. Two months after this live set, the Chris Robinson Brotherhood returned with Barefoot in the Head, their second studio album in the space of one year. Robinson unveiled As the Crow Flies, a touring outfit designed to play old Black Crowes songs, in 2018, then returned to the CRB fold. The Brotherhood released Servants of the Sun in June 2019. ~ Bradley Torreano, Rovi