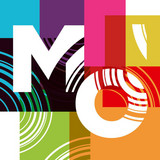 When you think of an orchestra, you think classical music. That’s not the Metropole Orkest (MO). Playing jazz, pop, world music and film scores, the Metropole Orkest has shared the stage with legends such as Ella Fitzgerald, Dizzy Gillespie, Pat Metheny, Brian Eno, Herbie Hancock, The Basement Jaxx and Bono. The MO invests just as much in playing with the next generation of stars like Caro Emerald, Kovacs, Robert Glasper, Woodkid, Snarky Puppy and Gregory Porter. Metropole Orkest is a regular guest on The Netherlands’ main stages such as the Amsterdam Paradiso or The Concertgebouw. And has played in both the Barbican and Royal Albert Hall in London. The Orkest also plays many festivals including North Sea Jazz, BBC Proms, Holland Festival and Musikfest Bremen. Over the years, Metropole Orkest received no less than 20 Grammy nominations and worked on 4 Grammy-winning productions. Most recently for ‘Best Contemporary Instrumental Album’ in 2016 with Snarky Puppy en in 2020 for the recording of Jacob Collier’s ‘All Night Long’ (Best Arrangement, Instruments and Vocals). The Metropole Orkest has produced more than 150 albums and thousands of radio and television broadcasts, requiring over 600 arrangements per year in every imaginable style. Despite this musical versatility, people all over the world can recognise inimitable sound, style and identity of the Metropole Orkest.