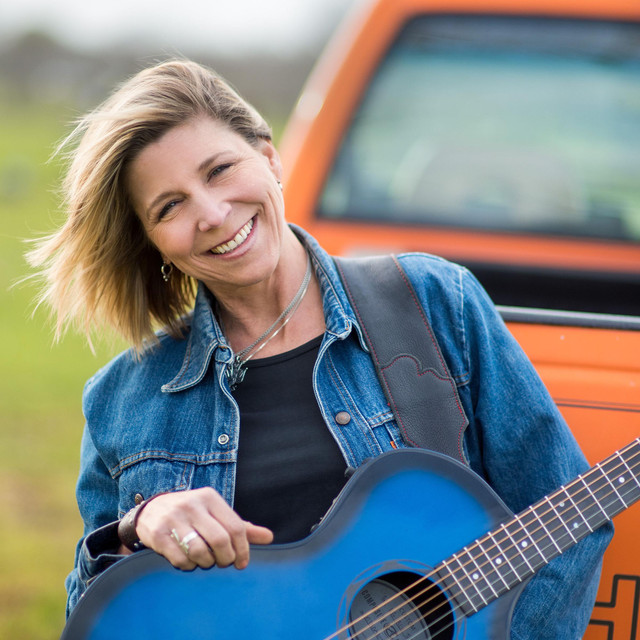 Terri Hendrix is a pioneering independent songwriter who spins sorrow into joy and wrings wisdom from the blues with a poetic grace and engaging melodic flair that has endeared her to three generations of loyal fans around the globe. A classically trained vocalist and accomplished multi-instrumentalist (guitar, mandolin, and harmonica) recently recognized by “Acoustic Guitar” Magazine as one of Texas’ 20 essential contemporary singer-songwriters, she is also one of its most prolific — having averaged nearly an album a year going all the way back to her 1996 debut, “Two Dollar Shoes.” To date, every one of her albums has been released on her own Wilory Records label, making Hendrix the rare artist who has owned all of her master recordings from day one. That autonomy has allowed her the freedom to dodge musical pigeonholes her entire career by weaving folk, pop, country, blues and swinging jazz into an eclectic style all her own — a playful mix that makes for a highly energetic and spiritually uplifting live show in any setting, from intimate listening rooms and theaters to outdoor festivals. Along the way, she’s also co-written a Grammy-winning instrumental (the Dixie Chicks’ “Lil’ Jack Slade”), and garnered such honors as a star on the South Texas Music Walk of Fame, the Art of Peace Award by Saint Mary’s University in San Antonio, the Distinguished Alumni Award at Hardin-Simmons University in Abilene, and an induction into the Women’s Hall of Fame in San Marcos, Texas.